Should I Post More or Less on Social Media? - Marketing Solved

Should I Post More or Less on Social Media? 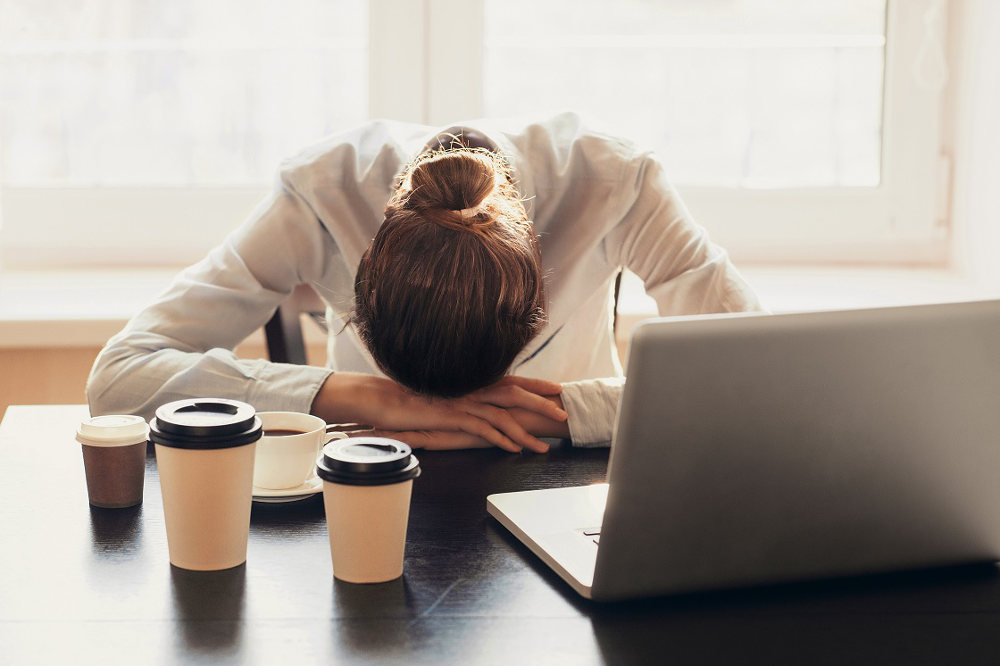 If you’re like me, then you probably question every little thing you do when it comes to your business. You could be doing something at an expert level but you’ll still question whether or not you’re doing it right. Often times this is referred to as impostor syndrome, other times it’s simply a lack of confidence.

Either way one question that eats at all of us when it comes to posting content, whether it be on social media or on your website is,

First of all, if you’re asking yourself questions like this, you’re already on the right track to becoming a successful business owner. If you’ve navigated to this blog post and intend to read the whole thing, you’re already ahead of the 95% of small businesses.

If you’re looking for this answer, well allow this article to be your content posting bible!

I’m sure this is the one you REALLY wanted to know about first, so that’s why’s it’s number one on our guide.

Facebook is the number one social media platform as well. With over 2 billion users on the platform, the battle for the attention for each individual user is tighter than any other social media outlet. There is only so much space on someone’s news feed for you to show up and people want to see meaningful engagement with friends and family, not be advertised to constantly.

Taking into account Facebook’s new algorithm update which decreases your organic reach, I try to limit my posts to about 5 per week but create more engaging and meaningful content people want to see on their commute to work or in a waiting room.

The great thing about Twitter is users don’t get annoyed if you tweet too much, which usually makes this a great platform to see what kind of content gets you the most engagement. You can then use it to figure out what to post on other social media networks.

If users don’t get annoyed as much on Twitter by bombardments of tweets in their Twitter feed, then it’s no wonder why Buffer’s study found that optimal posting on the platform was 3-5 tweets per day but you can tweet up to 30 times per day!!!

That’s a lot of tweets. But for small business owners, you’re going to find yourself better off at 3-5 tweets per day.

But note that a tweet has an optimal lifespan of only 18 minutes. So it’s important to make sure you post at the right times of day. 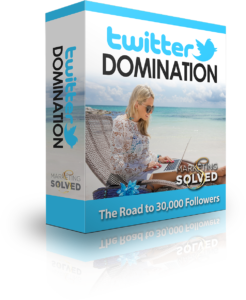 Some sources say you should post an average of 1.5 times per day up to 3. This is where I would like to be, especially since your Instagram photos should be better quality rather than quick snap shots.

But my favorite SEO, Neil Patel, states that frequency on Instagram doesn’t matter and you can really post as much as you want.

Check it out, it’s even happened to me; quit posting for a day or two. Your followers and engagement will instantly drop.

As Constant Contact elegantly puts it, LinkedIn is a low volume, but high value market. It’s the B2B world on that network so the typical orders and clientele you get form the platform are higher in ROI.

LinkedIn users are looking for value. That means quality over quantity. It’s important not to post too much on this site.

It’s recommended that a steady posting schedule of 2-5 times per week at most is implemented. And as for your posts, provide real value rather than quick updates or motivational sayings. This is the network where I share product launches, company news, and blogs and articles.

We’re starting to get in the social networks that have their own niche markets, so if you’re curious what to post, may I suggest checking out “7 Social Media Platforms and How to Use Them”.

Pinterest is often an overlooked platform because it simply isn’t as large as all of the previously mentioned. But do not discount this platform! Pinterest is a high volume and high value network.

In fact, did you know that 87% of all Pinners have purchased a product because of a product or idea they found on Pinterest?!

Okay, now that I piqued your interest, back to the real question, “How often should I post?” Pinterest is a lot like Instagram in both how it’s used as well as the posting frequency.

You should be using high quality images on both platforms and be posting a lot. But instead of 1.5 posts per day, you’re going to want to up that to about 5 but no more than 10.

But the best part about your posts on Pinterest, is their lifespan. Facebook posts have a lifespan in a newsfeed for a couple hours and Twitter’s, as mentioned above, only last a few minutes. But Pins, Pins will last for months!

If you’re interest in Pinterest but aren’t sure where to start or want to step up your pinning game, then check these out!

We offer a complete course on what made Marketing Solved the company it is today with Pinterest using our PinFunnels system. It includes at 8 comprehensive video modules that teach you how to create amazing lead magnets, learn the viral pin formula, learn how to create Pinterest ads, and much more!

Additionally, we also have a FREE Pinterest training you can join here.

YouTube is a little more simpler when it comes to the amount of times to post. I like this one because it keeps you on a schedule a little more strictly. It’s best to post 1 or 2 videos a week, just like episodes of your favorite TV show, back when people actually watched cable.

Be specific about the times you’re going to post. Again, just like a TV show, if you’re going to put a video out every week, don’t just say that, let your audience know you have a new video coming out every Friday. YouTube isn’t just a social media channel where people get to see the most recent stuff in their feed that the people they subscribe to upload.

Your subscribers expect regular content around the same times, they need to be notified when new content comes out or when to check your channel again, rather than just hoping for your next video to come out. It could be tomorrow, it could be next month, who knows?!

Because no blog post is complete without a summary, here are your 6 social media channels and how often you should post:

– Twitter = Honestly there is no limit here. Post 20 or more times in a day and you’ll be fine, but if you don’t post often enough, you may see a dip in followers and engagement.

– Instagram = Once a day is my rule of thumb for a minimum! But don’t let that stop you from posting 3 or more times a day if you’d like. Just make sure to use those Hashtags!

– LinkedIn = 2-5 times per week. But remember, these must provide value. No status updates like Twitter. Keep it informative and formal.

– Pinterest = As many as you want! But make your posts beautiful so people will want to save them for later. Just try to post 5 times per day, if that seems like a lot then just remember, no one is really policing you on this…

Great, now you know how often to post on each of the major social media platforms. But if you’ve gotten to the bottom of this blog and you still have Forest Whitaker eye and are thinking to yourself,

Then chill out. We got you.

Our Monthly Marketing Solved program will literally have us creating the content and the posts for you. Oh yeah, also the schedule. We’ll take care of the fundamentals while supplying meaningful content that engages and we’ll still leave room for you to make your own content if you wish on platforms like Twitter and Instagram. 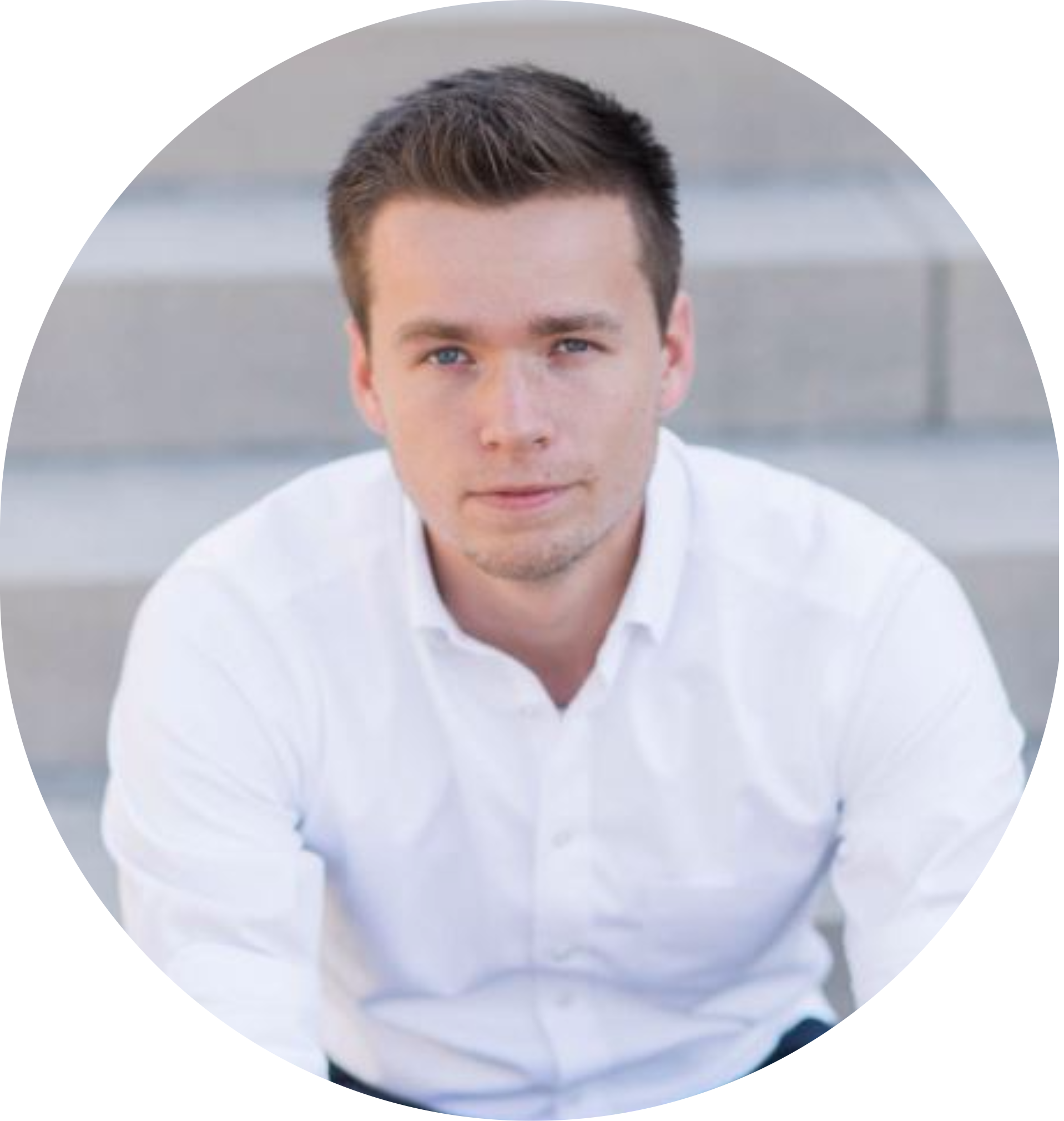 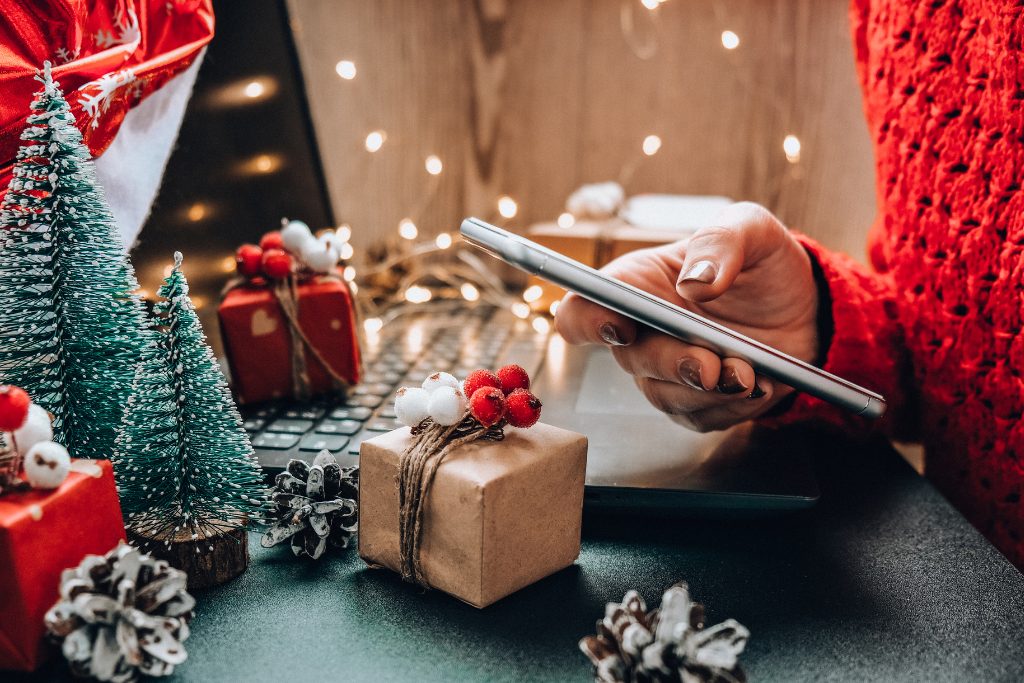 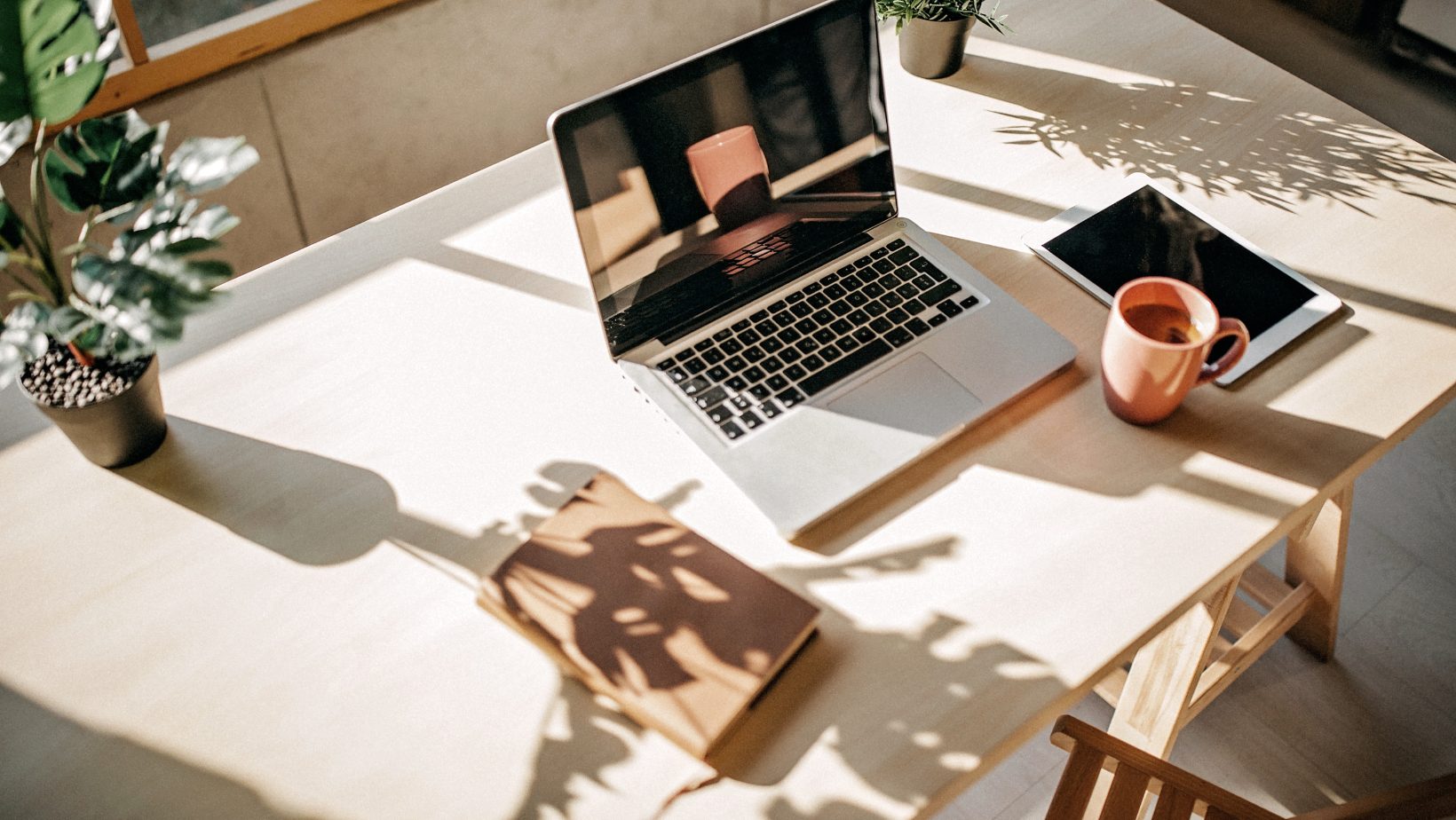 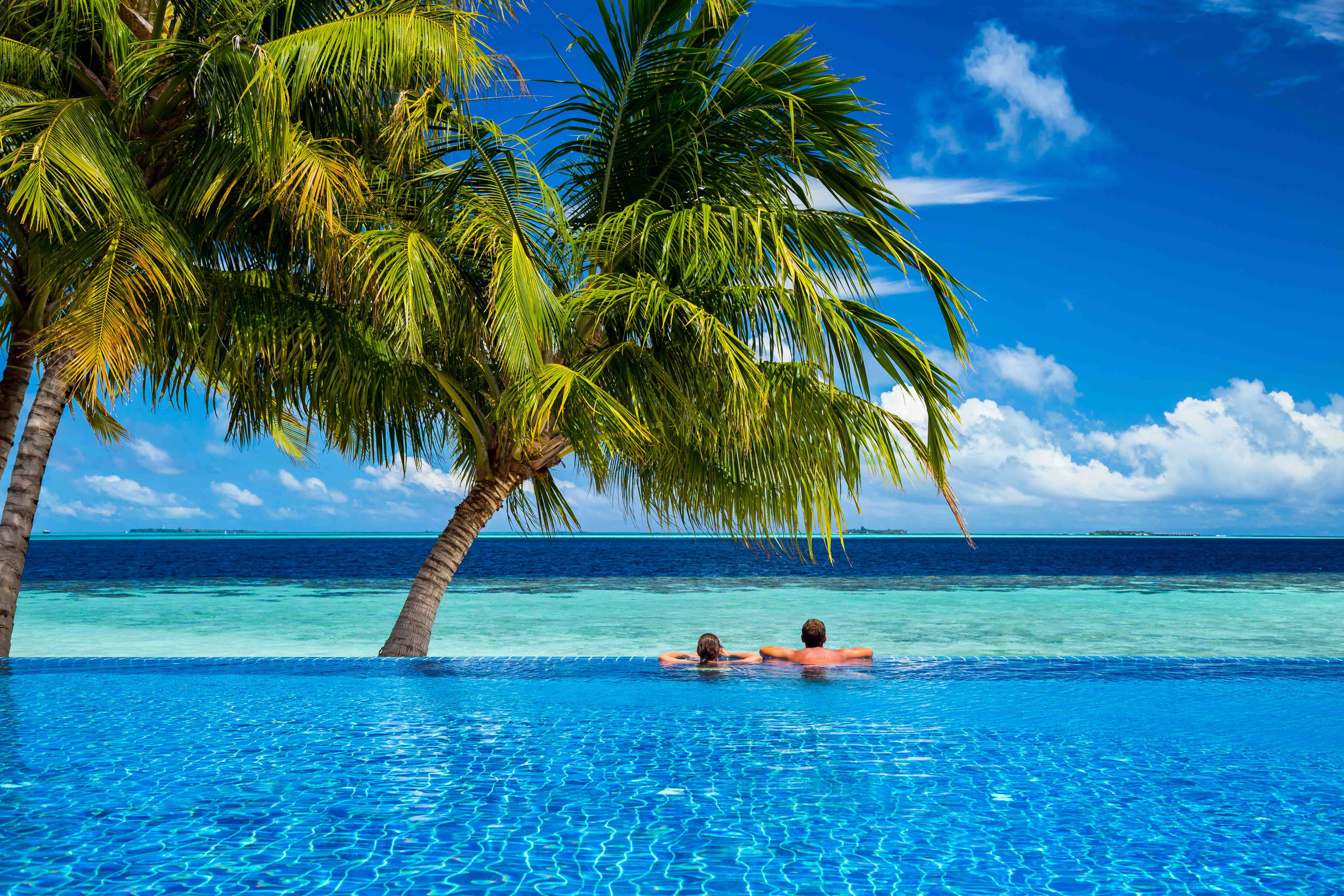